Truefood Chia seeds are from the Salvia Hispanica plant, a member of the mint family. They have a mild nutty flavour and can hold 10-12 times its weight in water, making it an ideal egg substitute or thickening agent and an aid in weight loss.
Chia seeds have become increasingly popular as a super food for the health conscious and as a source of omega 3 for vegans further to being recommended by health experts as a substitute for commercial grains. This whole grain is naturally gluten free and renowned for its high levels of Omega 3, Calcium, Fibre, Antioxidants and Protein. 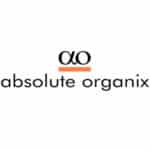 About Chia seeds:
Used as early as 3500BC by the Aztecs, the name Chia comes from the Mayan word for Strength. The ancient civilisations considered the seed to be sacred, they would use it in religious ceremonies, for medicinal purposes and as a food source. It was added to drinks, pressed for oil or ground into flour and used for currency. It was believed that Chia seeds could induce super powers and warriors, who attributed their stamina to the seed, would prepare a chia based drink before battle. To this day the seeds are still used by Mexican tribes for increased performance and stamina, especially by runners who state that they can run hundreds of miles after one chia drink. When the Spanish conquered, they banned the growing and use of Chia seeds because of its religious connotations but luckily it survived in certain regions and continues to grow today.
As Chia seeds are rich in Omega 3 (ALA), they can improve memory function and reduce inflammation or cholesterol. They can be used during pregnancy to replenish nutrients, boost energy and slow sugar absorption. Due to its high content of Calcium, Phosphorous and Magnesium the seeds are beneficial for bones and teeth further to assisting with reduced body weight and preventing hypertension. Considered to be the best source of fibre in the world, chia helps digestion and assists in maintaining friendly gut bacteria.
Studies have shown that Chia seeds can have considerable improvements in type 2 diabetes and with high levels of antioxidants the seeds help prevent disease by fighting free radicals within the body. Noted as an effective food for reducing signs of aging and promoting healthy skin and heart health.

Leading South African manufacturer and supplier of organic foods and products.
Founded in 2004, Absolute Organix is a leading South African manufacturer and distributor of organic and natural products.
Apart from their own ranges – the Absolute Organix, Lifematrix and Truefood brands (we specialise in healthy oils and superfoods) – they exclusively distribute Holle organic baby foods from Switzerland, Garden of Life wholefood supplements (USA) and Naturata organic foods (Germany).
Absolute Organix has their own certified organic oil pressing facility in Johannesburg and are Kosher certified for selected products. Their manufacturing facility is Food Safety audited.