Escentia Oregano Essential Oil is 100% pure oil with powerful antibacterial, anti-fungal, and antiviral properties. Oregano is popular culinary herb, but also has a long history of being used in traditional medicine to treat colds, indigestion, as well as upset stomachs. 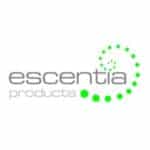 Directions for use: Origanum essential oil can be used in a diffuser as well as topically. When used topically, make sure to always dilute with a carrier oil such as Jojoba or Coconut oil as it will help to reduce the risk of irritation.

Warning: Do not take internally. Keep away from children and eyes. Do not use undiluted on the skin.

More about Origanum essential oil:
Origanum essential oil has been found to be a possible strong contender against conventional antibiotics when it comes to treating as well as preventing infections. It is unlikely to cause the same harmful side-effects than traditional antibiotics can inflict such as poor gut health, antibiotic resistance, leaky gut as well as poor nutrient absorption.
It is a herb that forms part of the same family as mint (Labiatae). Origanum oil contains two very strong compounds known as carvacrol and thymol that have been found to have anti-bacterial and anti-fungal properties. The oil mostly consists of carvacrol.

The owners background in chemistry helped the company to provide an extensive, most comprehensive range of essential oils on the market, including exotic oils such as Raspberry, Pomegranate, Helichrysum, Ravensara, Agarwood, Spikenard and Tumeric Oleoresin. Additionally, many of Escentia oils are supplied by local farmers.
Escentia has been associated with the Herb Association of South Africa since 1998.