Kombucha is an ancient fermented tea beverage that has a natural effervescence (bubbly carbonation) & is full of probiotics, antioxidants & B vitamins. Kombucha has been revered as a healing tonic for at least 3,000 years due to its beneficial properties for digestion, detoxification and immunity. EJ’s Raw Kombucha is made from a combination of green and black tea, sugar, spices and scoby. 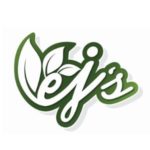 Health Benefits of Kombucha:
Kombucha is known for being a great source of probiotics (healthy bacteria) for the intestines, with loads of vitamins, and detoxification properties to cleanse the body and support a healthy immune system. It has less than one third of the caffeine of the equivalent of normal tea due to the activity of the SCOBY.  Kombucha is fed, not sweetened, with regular sugar, which is quickly metabolized by the hungry micro-organisms living in the brew. Kombucha is therefore very low in calories.

EJ’s Lifestyle Products is a local family company manufacturing Kombucha – an ancient fermented tea based beverage. EJ’s Raw Kombucha is brewed in their factory in Pretoria. They are one of very few Kombucha brewers who use Green and Black tea in their recipe as both teas have essential properties necessary for the amazing health benefits of Kombucha.