Women and plants are supposedly similar in their inner relationship to the changing phases of the moon. This explains why women especially enjoy the ingredients of ginger, orange peels and angelica root – which is what makes this organic Women’s Yogi Tea so delicious. The subtle message of this tea is: “Empathy.” 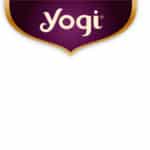 More about the ingredients:
Ginger: Whether in the Christmas biscuits, as a curry mixture or in lemonade: The bulbous ginger is among the best-known spice plants in the world. For thousands of years, it has been cultivated in the tropical heat of eastern Asia. It gives many of our YOGI TEA®s a fruity-hot and aromatically spicy taste.
Orange peel: The orange is the most frequently cultivated citrus fruit in the world. It originally came from Asia and was only introduced to Europe in the 15th century. Its peel contains numerous essential oils and the taste is similar to the fruit pulp in its fruitiness but not quite as sweet and slightly bitter.
Cinnamon: Cinnamon is among the most expensive spices in the world and was supposedly already used as a spice in China in 3,000 B.C. Cinnamon is extracted from the bark of the South-Asian cinnamon tree. It has an aromatic-sweetish taste and contains valuable essential oils.
Fennel: Fennel belongs to the umbellifer family and has been popular for thousands of years around the globe due to its intensive aroma. It originally came from the Mediterranean region. Its sweetish-spicy taste is slightly reminiscent of anise.
Chamomile flowers: Chamomile was sacred for the Teutons and the flower of Sun God Ra for the Egyptians: the white feathered chamomile with its brilliant yellow petals. Chamomile is an herbaceous plant, the typical fragrance of which everyone knows. Its flowers taste slightly bitter and pleasantly mild.
Dandelion is among the best-known and most widespread wild plants. It thrives almost anywhere that allows it to sprout its bright yellow composite in the direction of the sky. Its leaves taste extremely aromatic: Subtly tart and slightly bitter, they are excellently suited for salads and smoothies. They are obviously also appropriate for delicious teas.
Barley malt: Barley belongs to the grass family. It is indigenous to the Middle East and the eastern part of the Balkans. In earlier times, barley malt was the only known sweetener – it tastes pleasantly malty and slightly like caramel.
Liquorice: Liquorice has already been known since ancient times. Its sweetening power is about 50 times stronger than that of sugar. It tastes mild-sweetish and bitter-tart.
Black pepper: Also called the “king of spices,” black pepper is one of the world’s most important spices in addition to salt. It originally came from the Indian Malabar Coast and tastes intensive-spicy, ranging from slightly spicy to quite spicy.
Juniper berry: Most people know the little black juniper berries as a sourish-tart, slightly sweetish spice. Its German name of Wacholder is based on the old German word wauhal, which means “freshly alive/alert” and der means “tree”.
Cardamom has been one of the most popular spices for thousands of years throughout the entire Asian and Arabian area. Its subtle, sweetish-spicy aroma predestines cardamom for use in many different foods ranging from sharp curries to spicy Christmas biscuits.
Cloves are the flower buds of the clove tree and primarily familiar as a spice for both sweet and salty food in the European part of the world. They belong to the myrtle family and have an intensive spicy aroma. They were even worth their weight in gold in both old China and Egypt.
Angelica root extract: Angelica, which belongs to the umbellifer family, grows at rivers and lakes and in moist meadows. Bees love its aromatic smell, and human beings value it for its sweetish-bitter taste. In some areas, the angelica root is also known under name of archangel.

Yogi Tea’s roots stem from the 3 000-year-old Indian Ayurvedic teachings about the balance between body, mind and soul.

In the 1960s, Indian yoga and Ayurveda traditions were first introduced to the West. Yogi Bhajan, a master of Kundalini Yoga, was one of the early pioneers of this knowledge transfer. In 1969 he came to the USA to share his wisdom and knowledge of Ayurveda and yoga with his students while serving them an aromatic spice tea blend which they affectionately named “Yogi tea”.

The unique Ayurvedic tea blends are based on an original recipe by Yogi Bhajan and contain 5 traditional Ayurvedic spices: Cardamom Seed, Cinnamon Bark, Clove Bud, Ginger Root and Black Pepper. When blended and brewed, these delicious and aromatic spices leave you feeling vibrant and alive, while supporting overall well-being.

Today, people all around the world enjoy the special blends made from more than 80 organically-grown herbs and spices that give the various Yogi Tea blends their unmistakeable flavour and health-supporting properties.