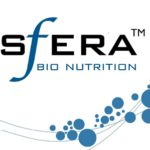 Directions to use: Squirt once or twice into the mouth and take a small sip of water – to activate the bacteria in the mouth and to wash away the oily consistency of Biotic. Biotic can also be taken with yogurt or juice.

The bacterial strains used in Biotic may be helpful in the following conditions:
MOUTH and NOSE
Lactobacillus Rhamnosis have been reported to reduce tooth decay incidence in children taking probiotic Lactobacillus Rhamnosis enriched milk versus a control group of children taking milk without probiotic supplementation.
L. Salvarius may be helpful in the treatment of halitosis.
Gingivitis: Lactobacillus effectively reduce gingivitis causing bacteria.
Halitosis: In an open-label pilot trial, 20 patients with genuine halitosis received oral administration of Lactobacillus salivarius with xylitol for 4 weeks. Oral mal-odour parameters significantly decreased after 2 weeks.
Allergies: Studies have shown that Lactobacillus rhamnosus have demonstrated a reduction in the developing of atopic disease (specifically eczema) in children with a high risk of allergies. In terms of asthma, long-term consumption of Lactobacilli and Bifidobacteria reduced circulating IgE levels and Clinical symptoms in several studies.
STOMACH
H.Pylori infection: In one study printed in the American Journal of Gastroenterology, only Lactobacillus salivarius was able to produce high amounts of lactic acid and completely inhibit the growth of H.pylori in a mixed culture.
SMALL INTESTINE
Inflammatory Bowel Disease: A consistent feature in a chronic inflammatory bowel disease seems to be an increase in intestinal permeability, which can develop into inflammatory lesions and trigger mucosal inflammation. The mucosal barrier provides an important interface between the contents of the gut (the food that you eat) and the host’s immune cells.
Lactobacillus salivarius has been shown to strengthen the epithelial barrier, whilst simultaneously reducing mucosal levels of inflammatory cytokines. In addition it also has the ability to break down incompletely proteins and their undesirable by-products, leading to a reduced potential for putrefaction.
Lactobacillus salivarius also exibits immune-modulatory properties, enhancing defence against pathogens.
Crohn’s Disease: Lactobacillus rhamnosus have been shown to positively enhance cell mediated immunity in samples taken from Crohn’s sufferers.
LARGE INTESTINE (COLON)
Irritable Bowel Syndrome: Studies have shown that using a proprietary high strength blend of lactobacillus acidophilus and Bifidobacterium bifidum & lactis may show a significant improvement in the symptom severity score of IBS – these include quality of life, pain and satisfaction with bowel habits.
Bifidobacterium lactis may also help the symptom of abdominal distension – an extremely common feature of IBS [14].
Traveller’s Diarrhoea: Lactobacillus acidophilus may reduce the risk of traveller’s diarrhoea.
Vaginal Thrush: There is good evidence for the use of Lactobacillis species such as acidophilus in the prevention and treatment of candidal vaginitis. The bacteria protect the vaginal epithelium through improving barrier function and increasing interference with pathogens.
BLADDER
Urinary Tract Infections: Recurrent urinary tract infections are usually caused by E.coli and treated with antibiotics. Some studies have suggested Lactobacilli probiotics a good alternative to antibiotic therapy due to their ability to adhere to the uro-epithelial cells as well as producing inhibitors to pathogenic growth.

Sfera Bio Nutrition (Pty) Ltd was established in 2012 under the firm belief that digestion is the underlying key to many of the modern chronic illnesses of our time. At the heart of Sfera is a philosophy that cares for the natural products movement supporting organic growing, the essential nature of health, the respectful preservation of ancient health traditions and the sensitive introduction of innovative complementary supplements and concepts. And a care for the planet and all its inhabitants

The word Sfera comes from Sphere: A round body in a shape of a ball, having the surface equally distant from the centre at all points and Digestion as a centre or core, which affects all points or parts of our body.