GiAIM GinkgoSense helps maintain neuro health, especially in regard to memory, concentration and vision. These  nervous system disorders can be quite frightening, and they are often associated with the aging process: dementia, Alzheimer’s disease and macular degeneration. However, they are possible to combat. 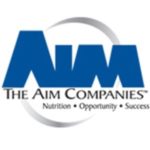 Directions for use: Take one capsule a day, preferably on an empty stomach.

More about the ingredients:
Gingko biloba: An herb that has been used in Chinese medicine for around 5 000 years. Since the 1950’s the Gingko biloba extract (GBE) has been studied and has found to have positive effects on what is termed “cerebral insufficiency, which has a variety of symptoms which includes difficulty in concentration and memory, absent-mindedness, tiredness, confusion, lack of energy, decreased physical performance depressive mood, anxiety, dizziness, tinnitus and headaches. GBE has been found to be effective in improving memory performance and learning capacity according to the German Commission E (a group of physicians, toxicologists, and pharmacists). The reason that GBE has been found to be effective comes as a result of its effect on circulation because it increases the blood flow to the extremities and the brain. As a result, the brain gets more oxygen and glucose, therefore improving its performance.
Bilberry: Helps to support a healthy nervous system. Vaccinium myrtillus (Bilberry) contains bioflavonoids that aid in removing harmful chemicals from the retina, as well as phytochemicals, which help to maintain the integrity of the retina along with helping to stabilise the capillary walls.
Lutein and zeaxanthin: Carotenoids found in the eyes (the macula and the lens). Diets that are high in lutein and zeaxanthin have been found to aid in reducing the risk of macular degeneration and cataracts, both problems which are related to the aging process.
DHA: Also known as docosahexaenoic acid is an essential fatty acid (EFA). DHA is most commonly found in fish oil and the reason that it is known as “essential” relates to the fact that we obtain it through our diet. They are the building blocks of the brain, as our brains are made up of 60 percent fat. Of that percentage, DHA is the most abundantly found in the retina and the brain.

Did you know?
The American Journal for Clinical Nutrition published a study based on research that  found that Omega-3 fatty acids (more specifically DHA) may reduce the risk of depression. The authors of the study have likened the increase in depression with the decrease in the consumption of DHA in our diets. They noted that there are much lower rates of depression in societies that consume large amounts of fish which is an important source of DHA. Furthermore, low levels of DHA have also been noted as a significant risk factor for Alzheimer’s diseases and dementia.
DHA also plays a major role in our vision, as it is the major fat in our retinal tissue. It plays an important role in the photoreceptor cells. Researchers have found in a recent study that a diet rich in the consumption of fish can help to protect against the onset of late age-related macular degeneration.

Disclaimer: This product has not been evaluated by the Medicines Control Council. It is not intended to diagnose, treat, cure or prevent any disease.

The AIM Companies, an international group whose common goal is to provide high-quality whole food concentrates and supplements that improve people's lives. Since 1982, AIM has been promoting health and providing economic opportunity with an unparalleled product line and a rewarding compensation plan. As a leader in the health and nutrition industry, AIM has pioneered green juice drinks and an assortment of whole-food concentrates while maintaining a consistent income source for its Member distributors.

Be the first to review “GingkoSense (The Aim Companies)” Cancel reply 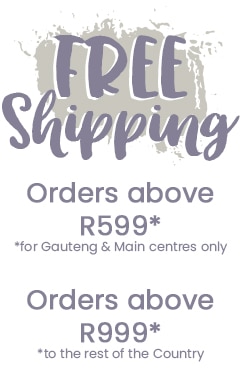